Our Expertise and Experience

Pippa's has worked for more than 35 years on marketing and business development strategies for lawyers and law firms all over the world. She asked to speak regularly on these topics and include:

Pippa's contribution at the event, which took place at the Sheraton Hotel in Abuja, focused on one of her most popular topics "Turning Contacts into Clients".

The audience was made up of lawyers from all over the country and included a former Nigerian Vice President , and a king from the Niger Delta area.

Read the press coverage of Pippa's event from "This Day"

If your answer to any one of these questions is “Yes”, then Pippa’s pocket guide is a must for you. 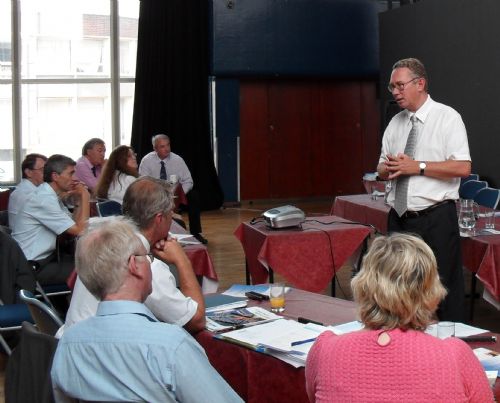 For the public and legal sector  we provide skills development through bespoke training and coaching services which we tailor-make to your requirements.  We cover a wide range of training on management, business development, project and risk management. We provide this in-house and through webcasts and conference calls.

Please contact us.  We should be delighted to help. >>

The PEP Partnership LLP is owned and managed by Bill and Pippa Blakemore.

Our Point of View